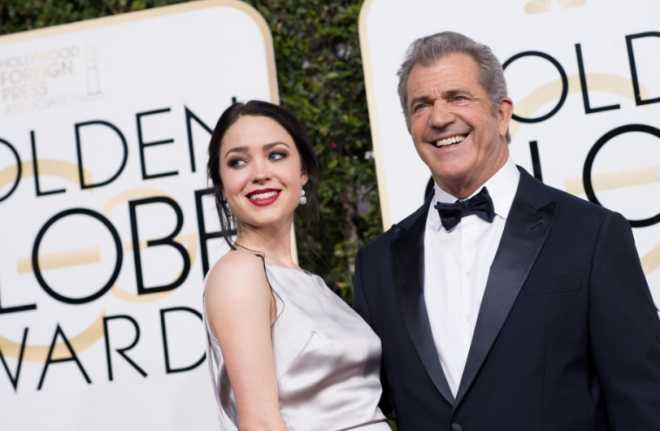 Mel Gibson, who has once again won the hearts of Hollywood with his movie Hacksaw Ridge that was shot in Sydney, has become a father for the ninth time.

A rep for 61-year-old Gibson and his girlfriend of two years, Rosalind Ross, a writer, announced to People that she had given birth to a baby boy.

“They’re thrilled and Lars is adorable. Their family is all around them and Mel is over the moon. They’re home and everybody is healthy and happy!” the spokesman told People.

It was first reported that Ross was pregnant in September when she appeared with Gibson at the premiere of Hacksaw Ridge, which has taken almost $158 million at the box office.

Gibson, who last month was named Best Director by the Australian Academy of Cinema and Television Arts for the critically acclaimed war epic, now has nine children.

Gibson and Ross were last seen together at the Golden Globe Awards on January 8, where Hacksaw Ridge was nominated for three prizes — best film, best director and best performance by an actor in a film, which was taken by Andrew Garfield, who played Gibson’s lead character, Desmond Doss.