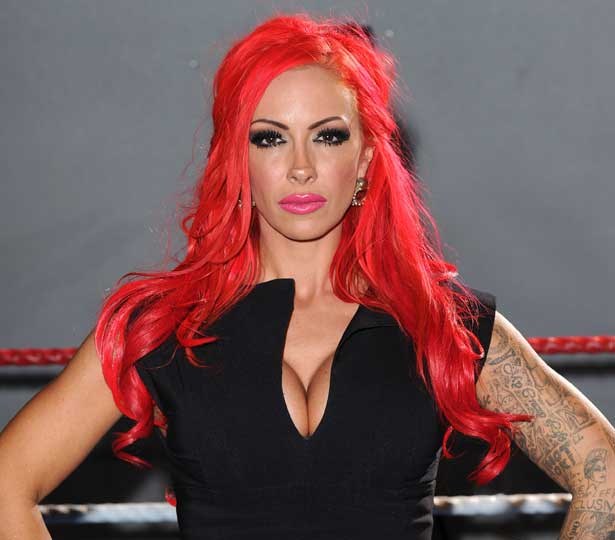 Former glamour model Jodie Marsh launched into a furious Twitter rant calling for those on terror watch lists to be rounded up and deported in the wake of last night’s devastating Manchester suicide bombing.

The star also called for the death penalty to be brought back in the tirade after 22 people including children were killed at an Ariana Grande concert at the Manchester Arena.

But the 38-year-old's comments sparked outrage from followers while others pointed out that many on watch lists were British citizens.

Jodie wrote: "Starting today, we need to round up everyone on a terrorist watch list & deport them all. No room in our prisons so get rid of them.

"I hope these radicalised terrorists know they are weak, brain washed losers with no mind of their own & that their whole life is pointless.

"Enough is enough. Radicalisation is happening all over. And we're allowing it."

When bemused fans pointed out that many on watch lists could not be deported as they were British, she responded: "Bring back the death penalty and hang them. I don't care. Just get rid. They aren't people; they're animals. Scum."

An eight-year-old girl is the second of the dead to be named after cowardly ISIS thugs claimed responsibility for the attack.

Hours after the shocking slaughter at the Ariana Grande concert, cops named British-born Salman Abedi as the bomber.

One fan mocked Jodie's first post writing: "Hahaha!! You've just been put on the list. Off you go, no trial, we've just decided you might be a terrorist so you have to go."

But she hit back, writing: "No one 'just decides' - they're on a watch list for good reason. The Westminster attacker was known & had history of violence."

Others said people on watch lists were not necessarily terrorists and could be on there for many reasons.

Another said: "Very hard to do, extremists are doing it to provoke a reaction, why else do it?, they want hatred in response, don't fight hate with hate."

Jodie stood by her controversial comments despite the backlash, saying: "People are incredible. They're actually sympathising with terrorists!!!!!!"

Hours after the deadly attack ISIS jihadis celebrated the “successful and surprising” attack and claimed it was “revenge for Mosul airstrikes”.

One jihadi shared a shot of injured children, saying: “It seems that bombs of the British airforce over children of Mosul and Raqqa has just came back to Manchester".