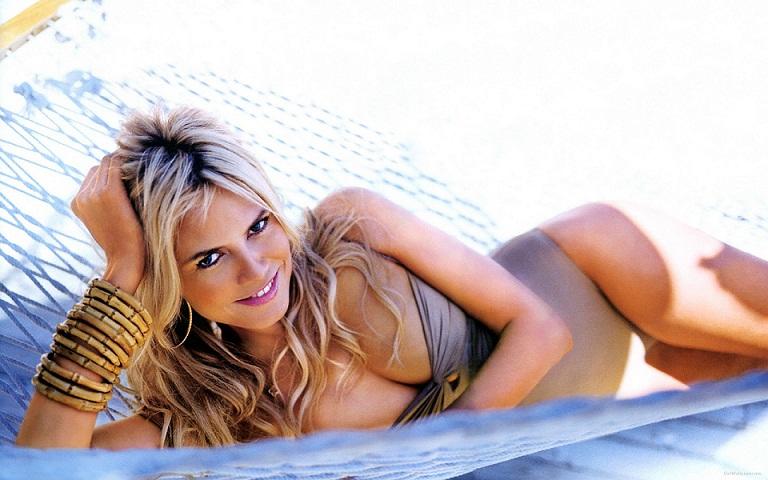 The German beauty earned the nickname “Body” during the peak of her modeling career for her outstanding physique and goddess-like form. Although she shifted to a TV career long ago, Heidi Klum has never ceased to wow millions of her social media followers with what Mother Nature and regular working-out have graced her with.

Axar.az reports citing sputniknews that, Heidi Klum has shared a playful video of herself on Instagram, lying about in bed with nothing on but a blanket or so it seems. The sleepy-looking German model, who is now in Tokyo, Japan to shoot her show Making the Cut with Tim Gunn, is seen smiling before the video cuts. She posted the snap with a poetic caption in Japanese that can be translated as “Goodnight, my love! I close my eyes and dream of you”. The sneak peek into Klum’s bedroom has garnered over half a million views and hundreds of comments.

Judging by her Instagram feed, Japan’s capital has put Heidi Klum in sentimental mode. She earlier shared a big shout-out to this Asian city with a video post titled “LOVE YOU TOKYO”, against the backdrop of the city and featuring the model’s bosom in a red lace bra.

The 46-year-old model-turned TV host is no stranger to letting her assets out on social media. Apart from nostalgic posts back to her modelling days, she also indulges fans with photos in bikini and lingerie, or wearing nothing at all, demonstrating her stunning physique.