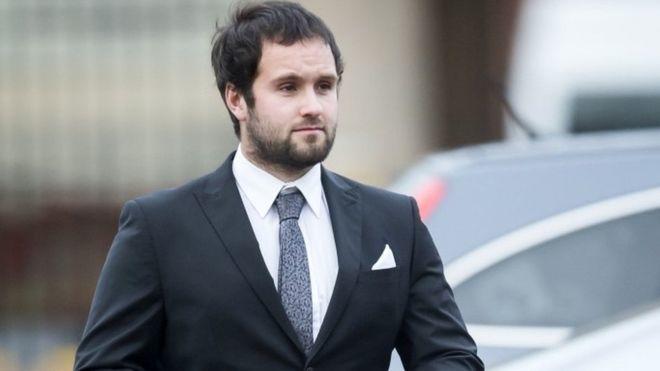 An ex-serviceman who tried to break in to Wayne Rooney's home while he was playing in his testimonial match at Old Trafford has been jailed.

Axar.az informs, Robert McNamara, 24, of Scarborough, had pleaded guilty at Chester Crown Court to attempting to enter as a trespasser with intent to steal. The alarm at the footballer's £6m property in Prestbury, Cheshire, was triggered on 3 August, the court heard.

McNamara was sentenced to two years and eight months. Rooney, his wife, Coleen, and their three sons, Kai, Klay and Kit, were attending the charity tribute game against his first club Everton when the break-in bid took place. In a victim impact statement read in court, Mrs Rooney said the incident had caused "sleepless nights" and had made her fear for the safety of their three children while they played in the garden.

She said the couple had spent extra money on security since the incident as she "no longer felt comfortable" at home unless accompanied.