Longest skyscraper will be built in New York 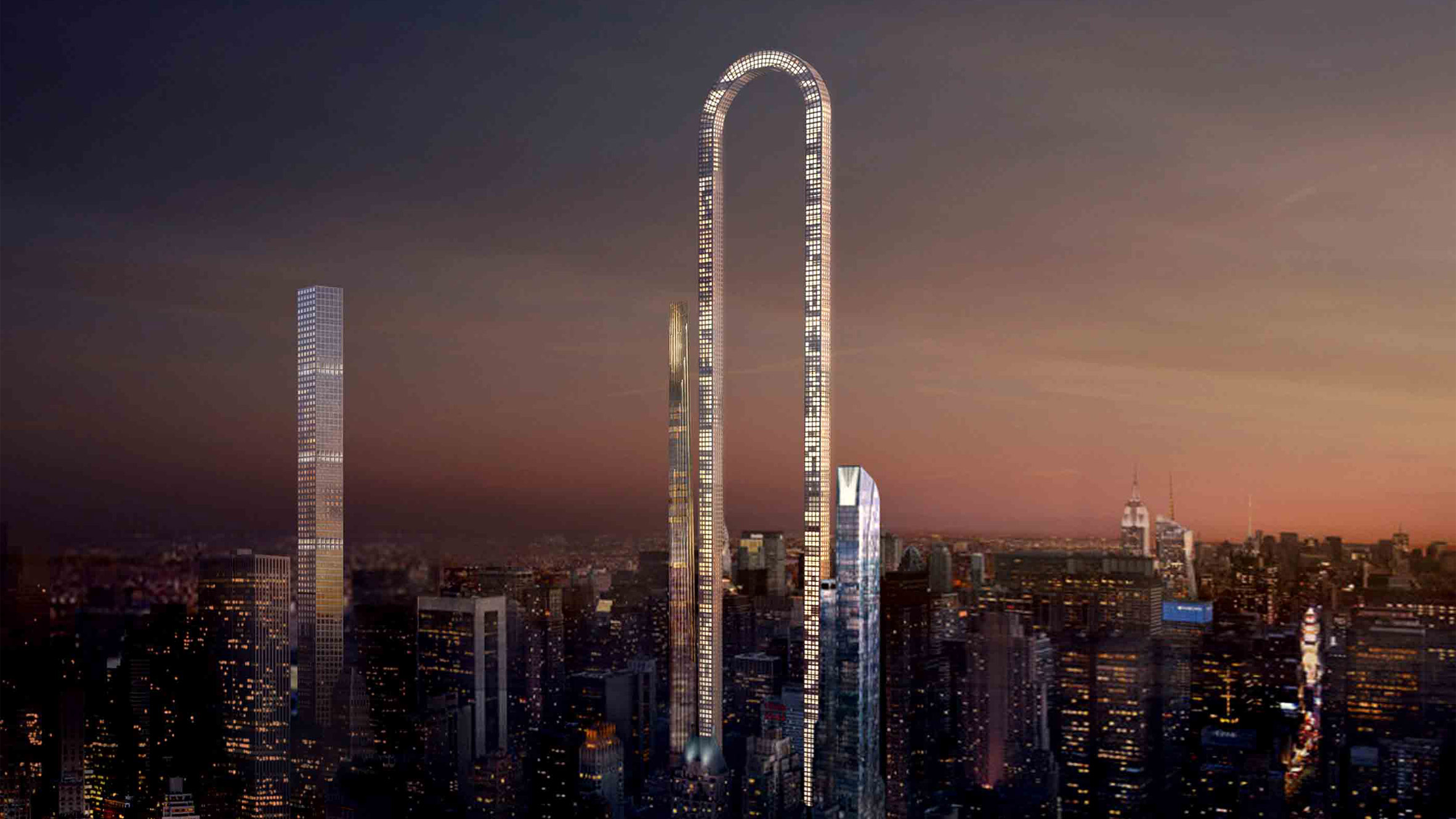 Well, here’s a thing: architecture firm Oiio has come up with a conceptual design for a structure they call The Big Bend, which would be the longest—not the tallest—building in the world.

Renderings for the project, published on Dezeen, show a building—can we call it a building?—that looks, at the most basic level, like Rafael Viñoly’s 432 Park Avenue, but stretched out and bent, creating a U-shaped structure.

In the renderings, the Big Bend sits in the middle of Billionaires’ Row (because where else would a building like this go?), with the U-shape sitting on either side of the Calvary Baptist Church. This would put it next door to One57, and just down the block from rising supertalls like Central Park Tower and SHoP’s skinny, Steinway Hall-replacing skyscraper.

It would still, however, be taller than most of the supertalls on that block—Oiio’s plans show the building having a total length of 4,000 feet, meaning that it would join the ranks of the world’s “megatalls”—buildings that are taller than 1,968 feet, according to the Council on Tall Buildings and Urban Habitat. The renderings show it looming over One57, as well as SHoP’s 1,400-foot tower at 111 West 57th Street.

On its website, Oiio describes its reasoning for the concept as such:

New York city’s zoning laws have created a peculiar set of tricks through which developers try to maximize their property’s height in order to infuse it with the prestige of a high rise structure. But what if we substituted height with length? What if our buildings were long instead of tall? If we manage to bend our structure instead of bending the zoning rules of New York we would be able to create one of the most prestigious buildings in Manhattan.

What a concept, right? Well, yes: it’s a concept. It seems highly unlikely that a project like this would ever get off the ground, so to speak—community members and preservation groups (including the Municipal Art Society) have already condemned the rise of supertalls along Central Park South, so adding another one to the mix couldn’t possibly go over well.

There would also be the more banal hurdles—funding, finding a developer who’s keen on this idea, and the like—to cross before something like this could ever happen.

Plus, does New York really need a building that looks, as one of our Curbed colleagues put it, like “a massive Dyson bladeless fan to cool Central Park”? Probably not—but we’ll let you sound off on that in the comments.