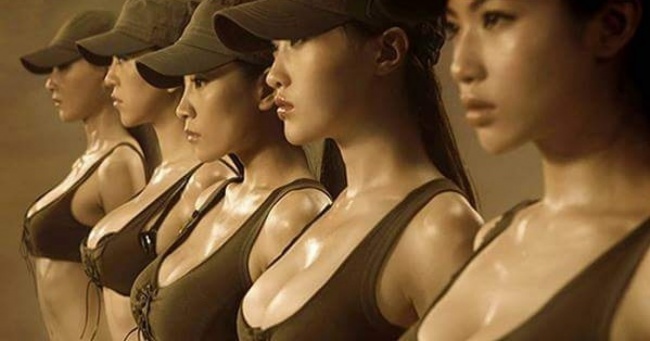 Traveler and kung fu teacher Maria Pipenko has made an attempt to take down all those sad clichés that come to mind when we think about China.

Let’s face it: China is a bit of an outcast of the world, from pushy Chinese tourists to the superficial impressions of those westerners who stay there.

I personally adore all things Chinese, and it always saddens me how a poor first impression can lead to so much misunderstanding. So I’ve decided to gather all the stereotypes and try to break them.

The Chinese don’t have manners, but that’s only our point of view on etiquette. A well-behaved Chinese person has a whole set of manners that western people often lack. Blowing your nose into a handkerchief or letting your friend pay for dinner are both very rude, but a polite Chinese person won’t ever mention this so as not to embarrass you. They always think about others first.

The cruel Chinese eat cats and dogs. I won’t argue with anybody about why eating cows or pigs is considered better. I’ll just quote one of my Chinese students: "How could you eat a dog? They’re our friends!" Yes, they sometimes eat dogs in China, but the number of people doing that is extremely small.

You can’t tell one Chinese person from another. Of course you can! Malaysian and Singapore Chinese are different, as are northern and southern continental Chinese. It’s all about getting used to your surroundings — you’ll soon notice their diversity.

All Chinese are short. Their shortness was connected with their diet, but in the last 20 years their well-being improved, and they’ve grown.

Chinese goods are poor quality. Of course, lots of cheap Chinese products are crap, but if you look at labels on almost any famous brands, you’ll see the same Made in China printed on them. The quality is defined by the ordering party, not the manufacturer.

China is a cheap country. There’s a huge cost gap between large cities and the provinces: you can rent a big apartment for $200 in central China, but you’ll have trouble finding even a small one for $500 in Shanghai. The only thing really cheaper here than in the West is eating out.

The Chinese only eat rice. Guys, Chinese cuisine is one of the most diverse in the world — even the sheer variety of vegetables is much larger here, let alone the ways of cooking or the assortment of spices. Chinese cuisine is an endless list of options depending on the season and region.

Severe punishments for drug crimes. Most foreigners are outraged by that, and, unlike other points on my list, this is the truth: China is harsh with drugs, the punishments ranging from long imprisonment to the death sentence. However, it’s not a whim, but a necessity. At the turn of the 20th century, about a third of China’s populace were opium addicts, so it’s no surprise that the Chinese government do everything to prevent this occurring again.

All Chinese people are kung fu masters. Right, and all Americans love hamburgers. Kung fu really is part and parcel of Chinese culture: no movie or TV show is shot without including kung fu fights. The number of adepts here is much larger than in the West, but most of them remain on quite a low level — let’s say, in line with amateur basketball.

One family — one child. I hadn’t even asked my friends if they had siblings before I found out they actually did, and not just one. The one-child rule is for big cities. In the provinces, parents just pay the fine when they register the second (or third) child or even leave them unregistered — which doesn’t really bother them. By the way, starting January 1, 2016, the Chinese are allowed to have two kids.

I hope my observations will help others realize that we all are people first of all. It’s important to try and understand the actions of people from other cultures before judging them.