Sargsyan attends the inauguration of highway in Karabagh 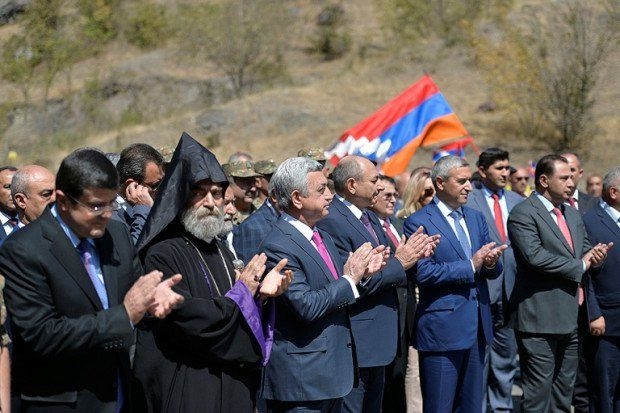 President of Armenia Serzh Sargsyan on September 1 attended the opening ceremony of Vardenis (Armenia) - Aghdere (Nagorno Karabakh) highway together with leader of the separatist regime in Nagorno-Karabakh region.

The highway has been constructed by the donations of all Armenians, including the funds raised Hayastan All-Armenian Fund during the 2013 and 2014 telethons.

Sargsyan on September 2 in Khankendi will take part in the celebrations on the occasion of the 26th anniversary of the separatist regime.