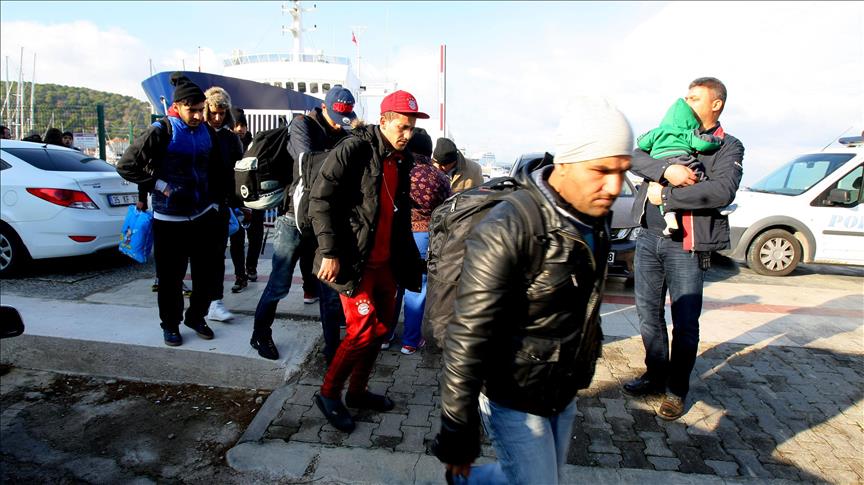 Starting from January, asylum seekers leaving Finland can receive up to 5,000 euros in cash or subsidies in what the Migration Service has dubbed the "cheapest option".

As the repatriation rate has dropped, Finland has decided to double its financial aid to rejected asylum seekers voluntarily leaving the country, national broadcaster Yle reported.

To obtain the maximum sum, eligible candidates must hail from the countries with the highest proportion of asylum seekers in Finland, such as Iraq, Afghanistan and Somalia. The reward for leaving the country has been raised to 5,000 euros ($5,725).

"We want to encourage them to go home. There are thousands of people in the country with rejected asylum applications. They don't have a residence permit and supporting them is becoming expensive", Migration Service official (Migri) Tarja Rantala, who manages the voluntary return project, told Yle.

According to Rantala, this is an expensive process, which asylum seekers can draw out further by re-applying, citing other circumstances. By contrast, sending ineligible applicants home would save a lot of time, effort and money. Returning rejected migrants home is always the cheaper option for the state coffers, she stressed.

"One night in a reception centre costs 50 euros. That's 5,000 euros in a hundred days," Rantala explained.

Nevertheless, she admitted that the threshold for leaving the country becomes higher the more time people spend in Finland. According to her, some have already spent several years in the country, have acquired a network of useful contacts and even obtained unofficial jobs.

The recent attempt to make leaving a more lucrative option in asylum seekers' eyes has been made amid a marked drop in the number of voluntarily returnees. In 2018, only 646 people availed themselves of this option, less than half compared with 1,422 in 2017.

Since 2015, the peak of Europe's migrant crisis, several thousand "new arrivals" have dropped off the Finnish officials' radar. These individuals are estimated to have either stayed in the country illegally without a permit or left for another European country. A recent report estimated that up to 8,000 rejected migrants may still be living in Finland as "undocumented people".

Between 2016 and 2018, EU member states returned 5,100 people to Finland whose asylum applications were initially rejected in Finland.