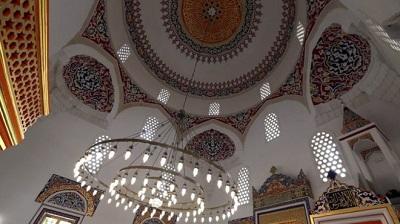 Thousands of people have attended the re-opening of a renowned mosque in Bosnia, almost three decades since its destruction during the 1992-1995 war.

The Aladza Mosque in Foca was targeted at the start of the conflict as part of plans by Bosnian Serb forces to create an ethnically pure state.

The 16th Century mosque was considered a masterpiece of Ottoman architecture.

The restoration project has taken several years, with financial help from countries including Turkey.