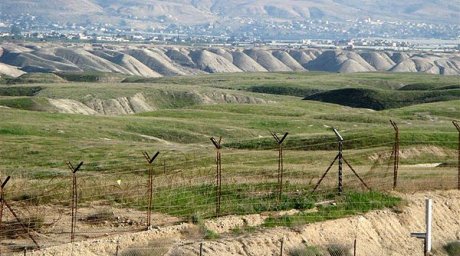 A working meeting of the delegations headed by the head of the State Border Service of Azerbaijan Colonel-General Elchin Guliyev and the head of the Border Police of the Georgian Interior Ministry Teimuraz Kekelidze was held at the state border.

The meeting discussed the current operational situation at the state border, ensuring compliance with the rules of the border regime, information exchange and other issues of mutual interest.

Issues were also discussed and agreed upon in connection with the expected arrival of fans through Georgia to Azerbaijan for the final game of the UEFA Europa League by air, rail and road transport and agreements were reached to simplify the passage of customs check points and create special conditions for visitors and their cars.

The meeting was held in an atmosphere of mutual understanding.

The final match will be attended by over 30,000 foreign fans who arrive in Baku on special charter flights. Some 450 buses will be available for the convenient and safe transportation of the fans.

The UEFA Europa League final match between the English clubs Arsenal and Chelsea will take place at the 68,000-seat Baku Olympic Stadium.