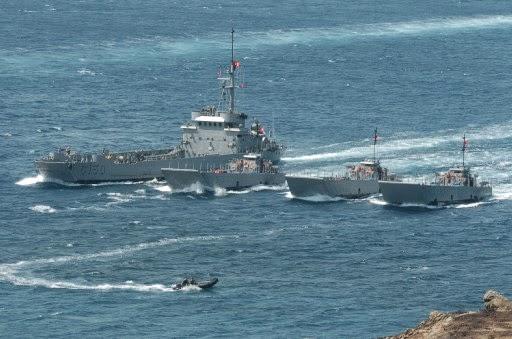 A sailor who was serving aboard the USS Theodore Roosevelt aircraft carrier has become the first on the ship to die from Covid-19, the US Navy announced.

The sailor was moved to an isolation house on Guam after testing positive, where he was found unresponsive on 9 April and died on 13 April.

Over 500 sailors on the USS Roosevelt have tested positive for the virus.

The ship's captain was fired this month after his letter pleading for help with the outbreak was leaked to US media.

The USS Theodore Roosevelt is currently stationed in Guam, with sailors quarantining ashore. The name of the sailor who died has been withheld by the Navy until the family is notified.

According to a statement by the Navy, the sailor tested positive for the virus on 30 March and was isolated at the naval base with four others.