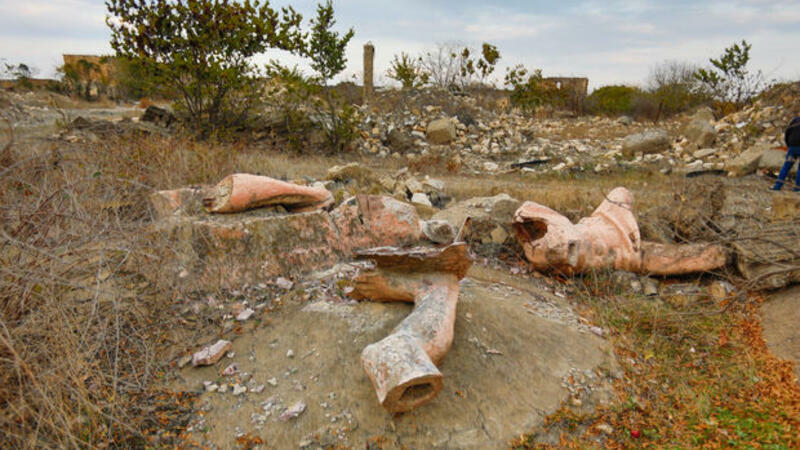 Chairman of the State Committee for Urban Planning and Architecture of the Republic of Azerbaijan Anar Guliyev received visiting Belarusian Minister of Architecture and Construction Ruslan Parkhamovich on April 13.

Axar.az reports that welcoming the guest, the chairman of the Committee noted the high level of cooperation between the two countries in many areas, and expressed satisfaction with the constant exchange of experience in the field of urban planning and construction in bilateral and multilateral formats.

Anar Guliyev then spoke about the work carried out under the leadership of the Supreme Commander-in-Chief of the Armed Forces of the Republic of Azerbaijan Ilham Aliyev to restore and reconstruct the long-liberated territories of Azerbaijan as a result of a successful anti-terror and coercive operation against Armenian aggressors informed his Belarusian counterpart.

Thanking for the warm reception, Parkhamovich said he attached special importance to the development of bilateral relations with our country based on the principles of mutual trust, respect and friendship. Giving detailed information on the activities of the Ministry of Urban Development and Construction of Belarus, the Minister said that they are ready to support Azerbaijan in the construction work in the Karabakh region, and their country's designers and construction experts are ready to participate in urban development.

During the meeting, the State Committee for Urban Planning and Architecture of Azerbaijan and the Ministry of Architecture and Construction of Belarus exchanged views on prospects for cooperation in the field of urban planning, as well as the application of modern information technologies in design and construction.