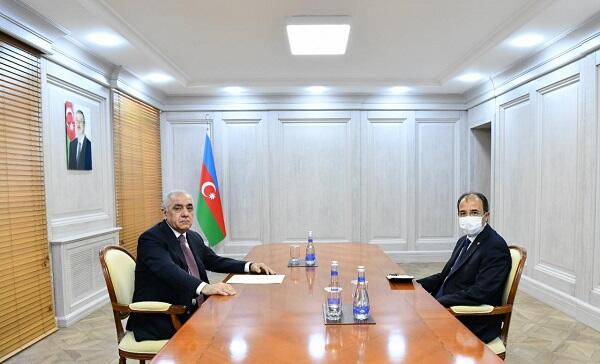 Axar.az reports that according to the Cabinet of Ministers, the sides noted with satisfaction the successful development of Azerbaijani-Turkish relations in all areas, and discussed prospects for mutually beneficial cooperation.

The Prime Minister wished the Turkish ambassador success during his tenure in Azerbaijan.