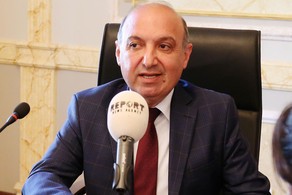 New madrasas will be launched in Baku city and several regions of Azerbaijan'.

It was told by Sayavush Heydarov, Deputy Chairman of the State Committee for Work with Religious Organizations.

He said that the government gave instructions on opening new madrasas: 'Establishment of madrasas is led by the Caucasian Muslims Office. The government also gave instructions to the State Committee for Work with Religious Organizations regarding the issue. The state committee also participates in the process.

Intensive preparations are being carried out to open new madrasas'.

According to S.Heydarov, establishment of madrasas under 'Heydar' mosque in Baku as well as in Ganja and Lankaran is planned. According to him, the graduates will be appointed as imams and akhunds to mosques by the Caucasian Muslims Office (CMO).