“Azerbaijan and Kazakhstan are strategic partners” 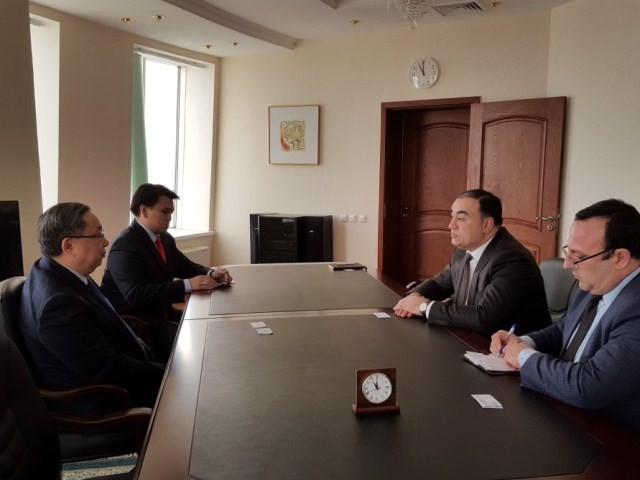 Azerbaijan and Kazakhstan are the strategic partners. Historical friendship, fraternity, same traditions lie at the heart of our ties, said the country`s Ambassador to Kazakhstan Rashad Mammadov as he met Director General of "Kazinform" News Agency Dauren Diyarov.

Dauren Diyarov recalled his meeting with President's Aide for Public and Political Affairs Ali Hasanov as part of the first meeting of the ministers of information and media issues of Cooperation Council of Turkic Speaking States (CCTS) held in Astana.

Rashad Mammadov stressed the importance of information exchange in terms of developing relations between the two countries and nations.

They spoke about the close relations between Azerbaijan and Kazakhstan, as well as both countries` achievements gained during independence years.