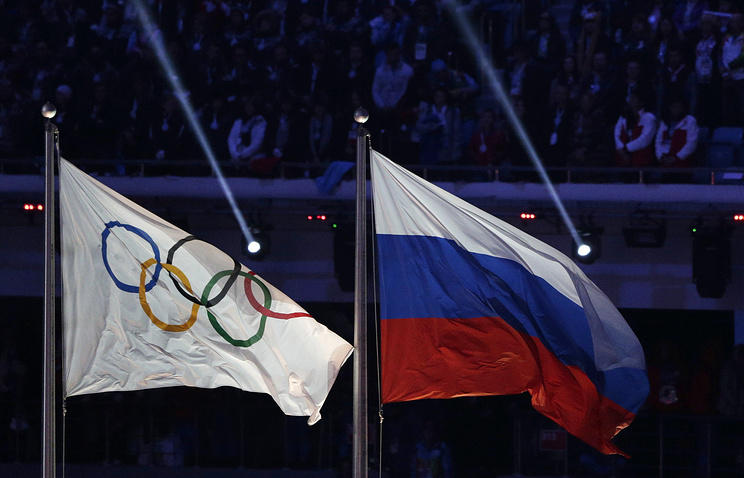 The decisions made by the International Olympic Committee (IOC) to strip a number of Russian athletes of medals won at the Sochi Olympic Games should be thoroughly assessed, while the interests of Russian Olympic team members will be resolutely protected, Kremlin Spokesman Dmitry Peskov told reporters.

"As for the decisions [to strip athletes of medals] that are being made [by the IOC commission], they should be thoroughly and calmly assessed," he said.

"The main thing is that resolute and active measures are taken in the future to protect the rightful interests of our athletes, in accordance with the law and in full cooperation with international sports organizations," the Russian presidential spokesman added.

Stealing victory in the 2014 Sochi Winter Olympics from the Russian team will be very hard, if at all possible, Dmitry Peskov said after Russia lost first place in the unofficial team standing when the International Olympic Committee stripped a number of athletes of their medals over doping charges.

"The victory will be very hard to steal, let alone a victory that will forever remain an achievement of our team and of our heroic athletes," Peskov said.

"As for the decisions [to strip athletes of medals] which are made [by the IOC commission] they are to be analyzed fundamentally, calmly and soberly. What is most important, further persistent and energetic measures are to be taken under the applicable legislation for the protection of legitimate interests of our athletes in full cooperation with international sports organizations," Peskov said.

On November 24, 2017, the disciplinary commission of the International Olympic Committee found two Russian medalists of the 22nd Winter Olympics in Sochi responsible for violating anti-doping rules. It annulled the results of the double gold medalist in bobsleighing (pairs and quartets) Aleksandr Zubkov and silver medalist in women’s 500 m speed skating Olga Fatkulina. Both were prohibited from participation in Olympics for life.

All in all, IOC verdicts pronounced in 2017 stripped the Russian team of nine awards - four golds, four silvers and one bronze. One medal was awarded to Russia’s skier Ilya Chernousov, who in 50 the kilometer freestyle cross-country skiing was third after disqualified Aleksandr Legkov and Maksim Vylegzhanin.

Russia lost first place in the Sochi Olympics unofficial team standing. Russian athletes had thirteen golds. By now three are gone. Norway has risen to first place with eleven golds. Russia is now number three on the list (Canada is second with as many golds but more silvers).

The IOC on December 5 will make a decision whether Russia will be allowed to participate in the 2018 Winter Olympics.