Galaxy S8 with rumored AI button might be delayed 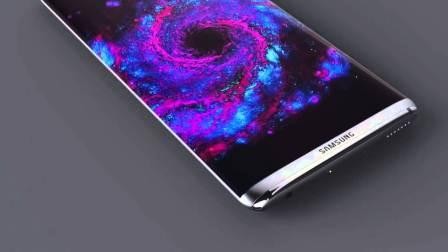 Samsung could be betting heavily on its as-yet-unseen AI assistant to sell the next generation of Galaxy smartphones.

According to a report from The Wall Street Journal, the company is considering adding a dedicated button for the service to next year’s Galaxy S8. "The latest internal prototypes of the premium Galaxy S8 handset include a button on the side edge of the smartphone that would be used to launch a beefed-up virtual assistant," says the WSJ, adding that its sources cautioned that "prototypes aren’t final and could change."

This follows a report from Reuters that the company’s AI assistant will be incorporated not only into Galaxy smartphones, but also the company's home appliances and wearables. Earlier this year, Samsung acquired Viv Labs, a startup founded by the original creators of Apple’s Siri, and it's assumed the new assistant will be based on their technology. The Korean tech giant hasn’t detailed what type of features its new assistant will offer, but says it will be "significantly differentiated" from competitors, and will work with a range of third-party services.

"Developers can attach and upload services to our agent," Samsung executive vice president Rhee Injong said at a briefing. "Even if Samsung doesn't do anything on its own, the more services that get attached the smarter this agent will get, learn more new services, and provide them to end-users with ease."

According to The Wall Street Journal, though, Samsung fans might have to wait longer than usual to see the company’s next flagship device. For the past three years, Samsung has unveiled its latest handsets at the Mobile World Congress trade show in February, but the WSJ says that in 2017, this unveiling could come as late as April. The company will undoubtedly want to assure nothing is left to chance following the Note 7 battery debacle, which was reportedly caused by a scramble to beat this year's 'dull' iPhone. With the Galaxy S8, Samsung will definitely want to be safe rather than sorry.