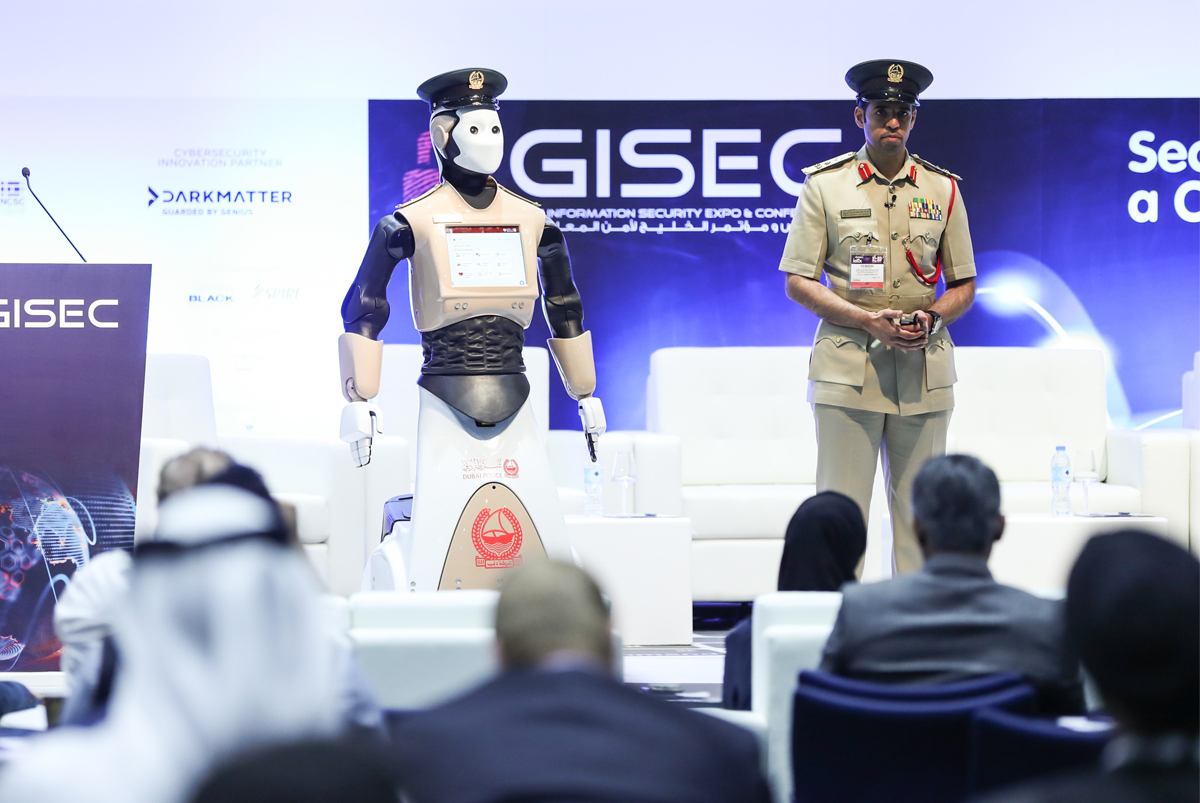 A robotic policeman which can help identify wanted criminals and collect evidence has joined Dubai's police force and will patrol busy areas in the city, as part of a government program aimed at replacing some human crime-fighters with machines.

If the "Robocop" experiment is successful, Dubai Police says it wants the unarmed robots to make up 25 percent of its patrolling force by 2030.

Clad in the colors of the Dubai Police uniform, the life-size robot, which can shake hands and perform a military salute, is the lighter side of a government plan to use technology to improve services and security ahead of Dubai hosting Expo 2020.

"These kind of robots can work 24/7. They won't ask you for leave, sick leave or maternity leave. It can work around the clock," said Brigadier Khalid Nasser Al Razooqi, director general of the Smart Services Department at Dubai Police.

The first automated policeman in the Middle East, the robot on wheels is equipped with cameras and facial recognition software.

It can compare faces with a police database and flag matches to headquarters. It can read vehicle license plates and its video feed can help police watch for risks such as unattended bags in popular areas of Dubai, a financial and tourism hub.

Members of the public can also talk to the robot to report a crime or communicate with it using a touch screen computer embedded in its chest. Built by Barcelona-based PAL Robotics, and programed by Dubai Police, the cost of the robot has not been disclosed.

Most people are not nervous about talking to a robot and some even seem to prefer it, Razooqi said.

"We now see the new generations who are using smart devices - they love to use these kind of tools. A lot of them have seen the Robocop movie and they said: you guys, you have done it."