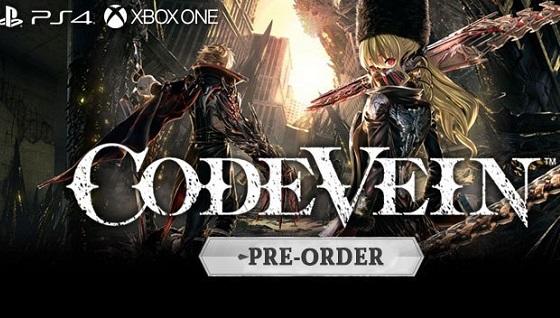 It looks like it's going to be a sad, rainy weekend in the UK.

Axar.az reports citing Dailystar that luckily for you, there's good news coming via the PlayStation store if you want to hide inside away from the inclement weather.

Bandai Namco is releasing a pretty substantial demo for Code Vein and you can play it totally for free from right now.

With about three weeks to go until you can actually get your hands on the final version of the game, this is a great way to prep yourself for the latest character action game from the Japanese publisher.

The Code Vein Trial Edition allows players to get a feel for the game whilst exploring a pretty decent chunk of the anime-inspired RPG's unique environment.

The demo is more or less the same as Code Vein's closed network test made that took place earlier this year – between May 30 and June 3 – though there is no multiplayer content in this version of the demo.