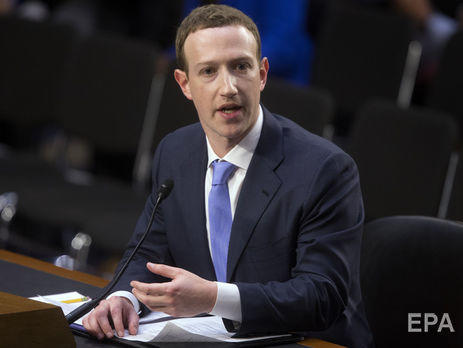 Facebook chief executive Mark Zuckerberg is visiting Washington as the company confronts growing scrutiny over its privacy and marketplace practices.

Mr. Zuckerberg will “meet with policymakers and talk about future internet regulation,” Facebook spokesman Andy Stone said in a statement.

Senator Mark Warner, a Virginia Democrat and the ranking member of the Intelligence Committee, and other senators had dinner with Mr. Zuckerberg in Washington, Rachel Cohen, a Warner spokeswoman, said in a statement released Wednesday night.

Mr. Zuckerberg is scheduled to meet with Senator Maria Cantwell of Washington State, according to a person familiar with the plans. Ms. Cantwell is the top Democrat on the Senate Commerce Committee, which is weighing privacy legislation.

Mr. Zuckerberg will also meet with House Intelligence Chairman Adam Schiff of California, said another person familiar with the matter, who on Wednesday night declined to say exactly when the meeting would take place or provide additional information.

On Wednesday, lawmakers from the Senate Commerce Committee grilled executives from Facebook, Twitter and Alphabet’s Google over the spread of extremism and violence on digital platforms.