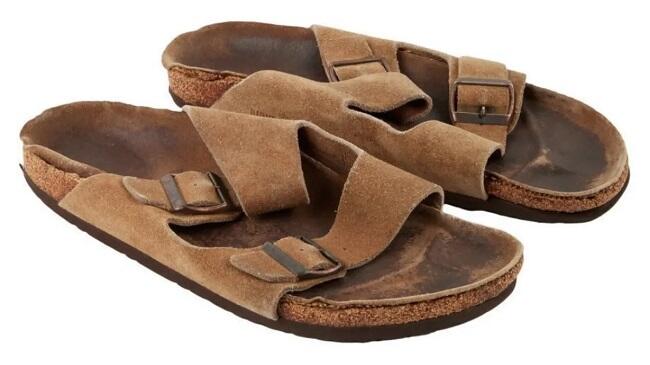 For many Apple fans, Steve Jobs left some pretty big shoes to fill at Apple when he died. Now someone has paid a record $218,000 for the privilege of knowing just how big those shoes were.

Axar.az reports that the "well used" but "intact" brown sued Brikenstocks, which Jobs wore in the 1970s and '80s, set a record for the highest price ever paid for a pair of sandals at auction, auction house Julien's Auctions said Sunday. The buyer wasn't identified.

"The cork and jute footbed retains the imprint of Steve Jobs' feet, which had been shaped after years of use," the auction house said in the listing on its website.