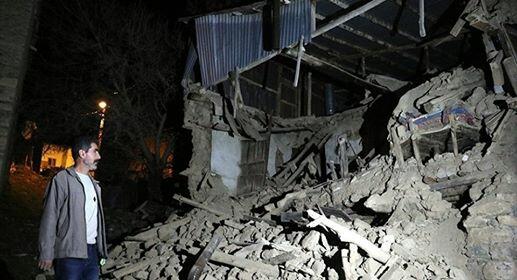 A fire broke out at a residential building in the eastern province of Elazig, Friday, January 24, after a powerful earthquake hit eastern Turkey.

The fire covered the top floors of the high-rise building. No casualties are reported. The causes of the incident are being investigated. It was also said that several other buildings were burning as a result of the earthquake.

According to the latest data, 14 people were killed and 315 were injured in the Elazig earthquake.