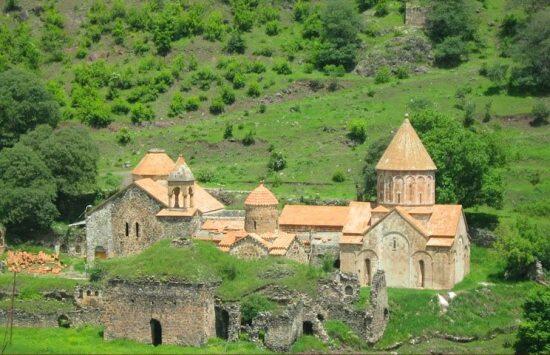 Axar.az reports that as part of the visit, they also visited the Khudavang monastery complex. During the visit, it was found out that there were Armenian priests in the monastery.

It has been established that they applied here for worship and were allowed to do so. But while representatives of the Albanian-Udi Christian community wanted to worship, an argument broke out with Armenian priests.

Thus, the Armenian priests said that their worship was allowed only without filming. Later, the dispute was resolved and the Albanian-Udi worshiped.