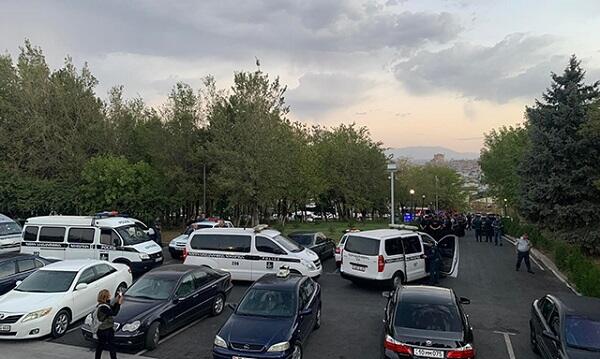 The parents of Armenian soldiers who died during Armenia's provocation against Azerbaijan on September 12-14 wanted to expel Prime Minister Nikol Pashinyan from the farewell ceremony.

Axar.az reports that the Armenian press published information about this.

According to information, hundreds of parents prevented Pashinyan's motorcade from passing to the territory of the "Erablur" military pantheon in Yerevan.

"Supposedly, the Armenian prime minister, who wanted to express his condolences to the fathers and mothers of the dead soldiers, saw that people were against him and poured special forces into the cemetery. After the parents of the dead soldier were beaten and removed from the area, Pashinyan was able to enter there," the report said.