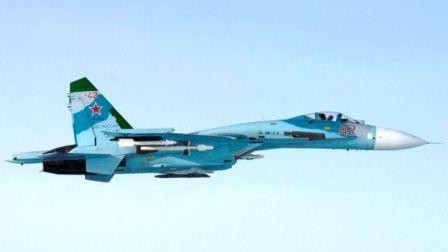 Finland's Defence Ministry says it has scrambled jets twice in the past 24 hours to monitor suspected airspace violations by Russian fighters.

A Russian Su-27 fighter was detected in the Gulf of Finland south of Porvoo late on Thursday, the ministry said.
Another Russian Su-27 was detected on a suspicious flight there earlier. "Russian military aviation over the Baltic Sea has been intense," it said.

Finland is not in Nato but co-operates closely with the 28-nation alliance.

Porvoo lies just east of Helsinki, and is 140km (87 miles) from the Russian border.

Nato has complained repeatedly of provocative Russian military flights in the Baltic region. But it is rare for Finland to report such suspected violations.

Russian bombers also regularly fly long patrol missions from the Arctic down to the North Atlantic or Bay of Biscay, testing Nato reactions on the way.

And Russia plans to step up similar patrols in the North Pacific, sending bombers from bases in eastern Siberia.
Russia was angered by the deployment of Nato forces in the three Baltic states - Estonia, Latvia and Lithuania - after those nations broke away from the Soviet Union in 1991 and joined Nato in 2004.

During the Cold War - which ended in 1991 - Finland remained neutral and developed strong trade ties with the Soviet Union.