Canada says up to EU to save free trade deal 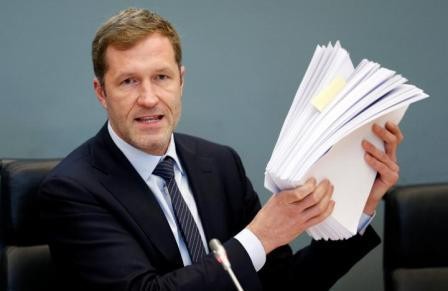 Canada said on Saturday it was up to the European Union to save a free trade deal that could boost both economies but that cannot be signed as planned next week due to opposition from Belgium's French-speaking region.

The Walloon government was awaiting new proposals from the European Commission, according to a source close to Walloon premier Paul Magnette. They would need to be presented to the regional parliament, although no date had been set for this.

The EU is still hoping to find a solution before an EU-Canada summit set for Thursday, when the deal would be signed.

Canadian Prime Minister Justin Trudeau has set a deadline of Monday to decide whether to fly to Brussels, according to a source familiar with the matter. Magnette has previously said the summit should be delayed to allow more time to deliberate.

Canadian trade minister Chrystia Freeland said Canada was still ready to sign the pact and that negotiations on its fine points were over.

"We have done our job. We have finished negotiating a very good agreement. Now the ball is in Europe's court," she said after meeting Martin Schulz, president of the European Parliament, and before a flight home.

"I hope that I can return in the next days with my prime minister to sign the treaty as planned."

All 28 EU governments support the Comprehensive Economic and Trade Agreement (CETA), but Belgium cannot give assent without backing from its five sub-federal administrations. French-speaking Wallonia has steadfastly opposed it.

Schulz, who is not directly involved in CETA talks but has good working ties with Freeland and who is center-left like the Walloon government, also held an emergency meeting with Magnette in a bid to keep the deal alive.

"The door for every step forward is open but it's quite clear that the problems on the table are European problems," Schulz said.

"In my eyes, there are no problems that cannot be resolved."

Freeland quit talks on Friday with chief Canadian and EU trade negotiators and Magnette, declaring reaching a deal with the EU was "impossible."

Magnette said on Saturday, however, his discussions with Canada were concluded and the remaining issues to be worked out were for the EU executive to address.

"We have still some little difficulties among Europeans," he said, without giving details. "We won't hide that so we still have to work and discuss for a certain amount of time."

The agreement would be the EU's first with a Group of Seven country. Supporters say it would increase trade between the partners by 20 percent and boost the EU economy by 12 billion euros ($13 billion) a year and Canada's by C$12 billion ($9 billion).

Wallonia is home to about 3.5 million people, less than 1percent of the 507 million Europeans CETA would affect, but the EU's flagship trade project rests on the will of its government.

Walloons have concerns about the threat of surging pork and beef imports from Canada and an independent court system to settle disputes between states and foreign investors, which critics fear hands power to multinationals.

Once the core of the Belgian economy, Wallonia has seen coal mines shut and steel jobs disappear and distrusts globalization. Just last month, Caterpillar announced plans to close a plant there, cutting some 2,000 jobs.

The issue is greater than just a trade deal with Canada, the EU's 12th-largest trading partner.

If CETA fails, the EU's hopes of completing similar deals with the United States or Japan would be in tatters, undermining a bloc already battered by Britain's vote to leave it and disputes over Europe's migration crisis.