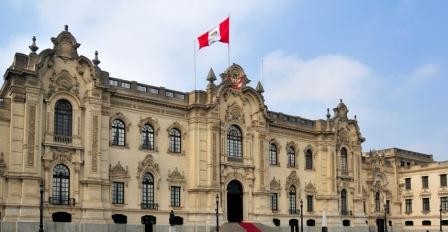 Peruvian prosecutors on Monday asked a court to sentence a deputy minister accused of graft to nine years in prison, in a case that could undermine President Pedro Pablo Kuczynski's bid to show he is tough on corruption.

Prosecutors charged Deputy Agriculture Minister Juan Carlos Gonzales of colluding to favor an unqualified businesswoman in supply contracts for nutrition programs when he was an official in the city of Tumbes, the attorney general's office said in a statement.

The announcement follows a corruption scandal involving a Kuczynski's health advisor earlier this month that knocked his popularity and prompted him to promise an "exhaustive" review of officials close to him and his ministers.

Gonzales did not immediately respond to requests for comment. The agriculture ministry said he denies wrongdoing.

It is unclear if Kuczynski knew that Gonzales was under investigation for corruption when he appointed him on July 30, or whether he will keep him in office.

Gonzales, the former legal representative for a political party that endorsed Kuczynski in a tight run-off race, said on local radio program Exitosa that Agriculture Minister Jose Manuel Hernandez knew about the graft inquiry before naming him deputy minister of agrarian policies.

Corruption is widespread in Peru, a top exporter of copper, zinc and gold whose economy has more than doubled since the start of the century, often outpacing the ability of government offices to spend public revenues.

Moreno has denied wrongdoing and said the audio was edited to frame him.

Kuczynski, a 78-year-old former investment banker who took office with promises to fight corruption and inequality, initially told reporters that Moreno stepped down for personal reasons but later said he fired him as soon as he heard of his plans to "mine" the public health system for personal benefit.

Kuczynski was one of the few political presidential hopefuls who ran in this year's elections unburdened by corruption or money laundering scandals.

"The more complicated the state becomes the more possibilities there are for corruption," Kuczynski said.