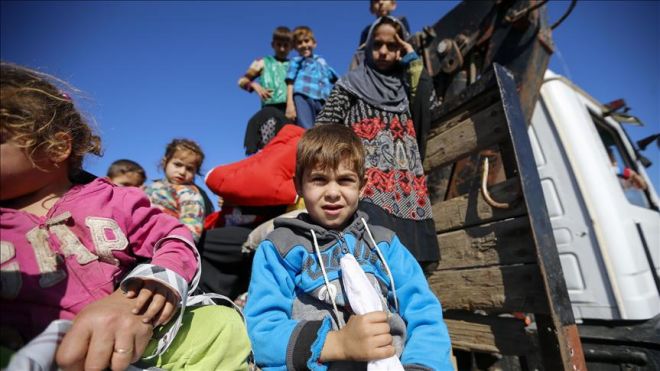 More than 47,000 people have fled Iraq’s northern city of Mosul since a major offensive was launched last month to recapture the Daesh-held city, according to Iraq’s Ministry of Migration and Displacement.

In a Saturday statement, ministry official Dia Salal said some 3,027 civilians have been relocated from Nineveh province and Kirkuk city to refugee camps in eastern and southern Mosul.

"The new influx takes to 47,000 the number of people who have been displaced" since the Mosul operations began, he said.

On Thursday, the UN said that around 45,000 civilians have been displaced since the anti-Daesh offensive in Mosul began.

On Oct. 18, the Iraqi army -- backed by U.S.-led coalition airstrikes and local allies on the ground -- launched a wide-ranging operation aimed at retaking Mosul.

Iraq’s second-largest city, Mosul was overrun by Daesh in mid-2014, along with vast swathes of territory in northern and western Iraq.

Recent months have seen the Iraqi army and its allies retake much territory from the terrorist group, especially on Mosul’s outskirts and in Iraq’s western Anbar province.