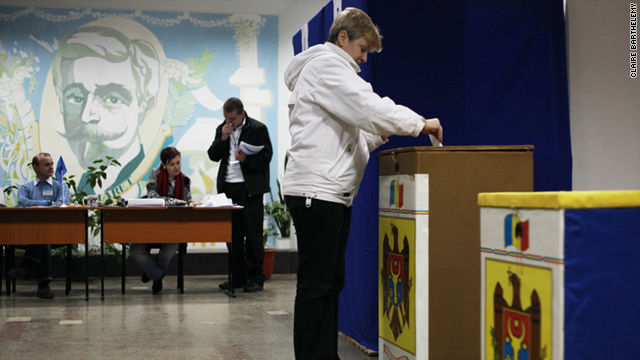 The second round of presidential election will be held in Moldova on Sunday. Its citizens will have to choose between representatives of the opposition: leader of the Party of Socialists, Igor Dodon, seeking rapprochement with Russia and single candidate of the pro-European forces, head of the Action and Solidarity Party and former Education Minister, Maia Sandu.

According to a survey conducted in the run-up to the second round by Moldova’s Association of Sociologists and Demographics, the election will be won by the leader of the socialists supported by 49.8% of respondents, while 39.7% voiced support for his opponent. These data are close to the results of the first round, in which Dodon secured 47.98% (680,000) of votes, and Sandu got 38.71% (549,000) of votes.

There is no mandatory voter turn-out during the second round. The candidate who gets more votes wins the race. If there is an equal number of votes, Dodon who had the best results in the first round will be recognized as the winner. About 3.13 million Moldovan voters will be able to cast their votes at 1,981 polling stations, including 100 abroad, which will open at 07:00 and close at 21:00 local time (21:00 Moscow Time).

More than 500 international observers, among them representatives of the Organization for Security and Cooperation in Europe (OSCE), the European Union (EU), the Commonwealth of Independent States (CIS) and other organizations, will monitor the process.

"I am certain of victory," Dodon told TASS. "People are tired of the seven-year rule by the coalition of pro-European parties, which has been marked by a drop in living standards, corruption and disregard of law. They want changes."

Dodon noted that, if elected, he "will pay his first visit to Moscow to initiate the development and signing of a strategic partnership agreement with Russia, which envisages economic, social and political cooperation, a common approach towards resolving the Transnistrian conflict and guarantees for Moldovan labor migrants in Russia."

Sandu promised to continue the policy of integration into the EU, which, in her view, was discredited by the current leadership. She also promised to "bolster ties with Romania, Ukraine and strategic partnership with the US." On the other hand, Sandu noted that Moldova should have "normal and conflict-free relations with Russia."

Sandu has been supported by leader of the Dignity and Truth Platform Party, Andrei Nastase, who was one of the initiators of anti-government protests last year, former Prime Minister and leader of the European People’s Party, Iurie Leanca, and leader of the ruling Democratic Party of Moldova, Marian Lupu, who withdrew from the presidential race a few days before the election "to make it easier for the candidate from pro-European forces to emerge victorious."

Presidential elections as rehearsal for parliamentary ones

The protracted political and economic crisis in Moldova is unlikely to be resolved when the new president is elected, as president’s power in that country is limited. The president represents the country in the international arena, he is the guarantor of its sovereignty and independence and the supreme commander of its armed forces. The president nominates the prime minister, appoints judges and endorses laws passed by lawmakers. However, the head of state exercises most of his powers in coordination with other branches of the government.

However, the presidential election could be the first step towards stabilizing the situation in Moldova. The next parliamentary elections, which are likely to be snap elections, as suggested by both Dodon and Sandu, are due to be held in 2018.