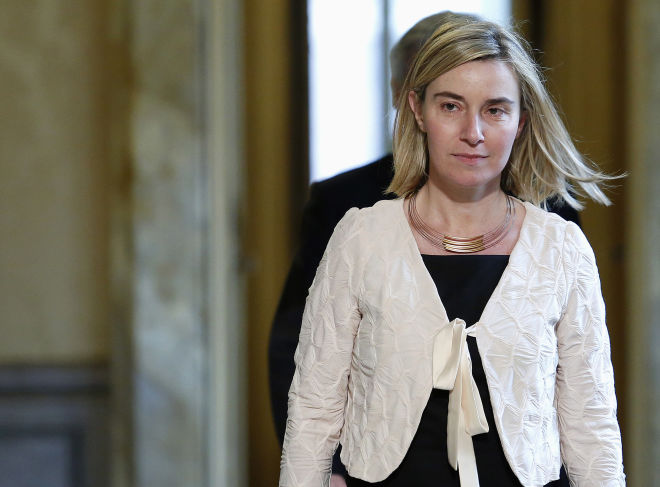 With pressure growing on Europe to increase its own military spending after the election of Donald Trump, European foreign and defense ministers met Monday to approve ways of expanding their security cooperation.

Expanding European defense cooperation has long been controversial, with a number of proposals in the past blocked by Britain, which preferred to work to strengthen security through the North Atlantic Treaty Organization.

But Britain’s decision to leave the European Union and now the election of Mr. Trump has given fresh impetus to the EU to come up with new plans for security cooperation. In his presidential campaign, Mr. Trump questioned the relevance of NATO and suggested American military support could be conditional on European military spending,

"We have a lot of potential that we don’t use yet," said Federica Mogherini, the EU’s foreign policy chief. "There is a need to strengthen our security profile," Ms. Mogherini said on Monday.

In the past, Ms. Mogherini has said Europe must develop strategic autonomy, an ability to act independently of the U.S., a view that has received more support since Mr. Trump’s election.

Still, forging consensus in the EU is difficult, and divisions remain in the bloc over how to increase military spending or create new military capabilities.

Concerns by a number of countries over the need to avoid duplication with NATO have resulted in a watered-down proposal for a military headquarters. The EU is now proposing a strategic group that could plan and oversee training missions though not conduct peacekeeping or other military operations.

The new EU plan focuses on how to improve and speed up such military training missions, leaving so-called collective defense planning to NATO.

"They should be complimentary with NATO. You shouldn’t undermine the fundamental security architecture that has looked after us for the last 70 years," Mr. Johnson said.

In the short term, the most meaningful step forward by the EU won’t likely be a new initiative, but simply using standing battle groups. Nations contribute a battalion of forces for six-month periods so that the EU always has a crisis-response team ready, though the EU has never used the force.

Proposals for stepping up EU military spending or research support aren’t yet ready.

While many European Union foreign ministers view Mr. Trump warily, especially given his desire to forge a new relationship with Russia, Mr. Johnson said Monday that the U.K. and Europe should view the U.S. election as "a moment of opportunity."