Some company bosses believe I am 'anti-business' 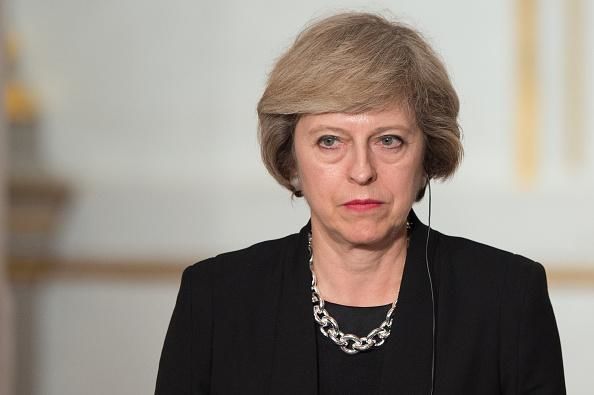 Theresa May has accused some business leaders of resisting her drive to tame the excesses of capitalism, in her first landmark City of London speech.

The Prime Minister said some suspicious company bosses believe she has a "growing anti-business agenda", after she criticised firms which fail their workers and targeted a rootless "global elite".

But Ms May vowed to press ahead with a "new approach to managing the forces of globalisation so that they work for all" – insisting that is a pro-business strategy.

And she told British companies that she wants the country to be "seen not just to do business, but to do that business in the right way".

However, the Prime Minister did not reveal any further policies, despite growing criticism that her has failed to explain what specific changes she plans in response to the Brexit vote.

Delivering her first speech to the Lord Mayor’s Banquet, Ms May argued that many business leaders "recognise" their responsibility to others in the workplace and society.

But she said: "Others have voiced their suspicion of what they see as a growing anti-business agenda.

"I don’t agree. It is because I believe so passionately in business that I say this.

"Asking business to work with Government to play its part is profoundly pro-business, because it is fundamental to retaining faith in capitalism and free markets."

The comments reflect the tightrope the Prime Minister is attempting to walk in criticising some of the effects of globalisation, while standing for free markets and free trade.

Speaking at the Guildhall, she argued that "liberalism and globalisation continue to offer the best future for our world" – while promising to "deal with the downsides".

Ms May said: "Let’s be clear: those forces have had – and continue to have – an overwhelmingly positive impact on our world.

"But we can’t deny, as I know you recognise, that there have been downsides to globalisation in recent years, and that – in our zeal and enthusiasm to promote this agenda as the answer to all our ills – we have on occasion overlooked the impact on those closer to home who see these forces in a different light.

"These people – often those on modest to low incomes living in rich countries like our own – see their jobs being outsourced and wages undercut. They see their communities changing around them and don’t remember agreeing to that change.

"They see the emergence of a new global elite who sometimes seem to play by a different set of rules and whose lives are far removed from their everyday existence.

"And the tensions and differences between those who are gaining from globalisation and those who feel they are losing out have been exposed ever more starkly through the growth of social media."

She drew together the EU referendum result and Donald Trump’s shock victory, saying: "We meet tonight in a world transformed. A year ago, few among us would have predicted the events ahead.

"Change is in the air. And when people demand change, it is the job of politicians to respond."