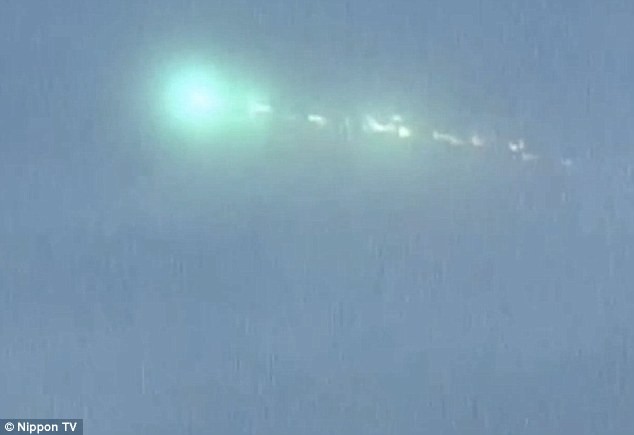 A mysterious green 'UFO' has been spotted over Japan, leaving a trail of sparks behind it as it travelled across the sky.

The green orb was seen in Niigata, in the north of the country, in the early hours of Monday morning.

Experts say the object was likely to be a fireball, the name given to a very bright meteor.

Dramatic footage shows the green orb streaking across the sky above the city.

The 'UFO' was captured by a Japanese television channel's weather camera.

An expert told NBC that the brightness of the object means it may have been caused by space debris.

A fragment from a satellite that burnt up as it re-entered the earth's atmosphere could have resulted in the bright object spotted in the sky.