Mogherini is worried about arrests in Turkey 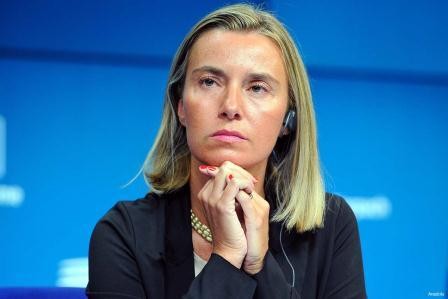 The European Union is "extremely worried" by Turkey's arrest of Kurdish opposition lawmakers and has called a meeting of EU national envoys in Ankara, the bloc's foreign policy chief Federica Mogherini tweeted on Friday.

"Extremely worried for arrest of Selahattin Demirtas and other HDP MPs. In contact with authorities. Called EU ambassadors meeting in Ankara," she wrote.

Police raided the homes and detained the two leaders of the Peoples' Democratic Party (HDP), Figen Yuksekdag and Selahattin Demirtas, and ten other HDP lawmakers early on Friday after they refused to give testimony for crimes linked to "terrorist propaganda".