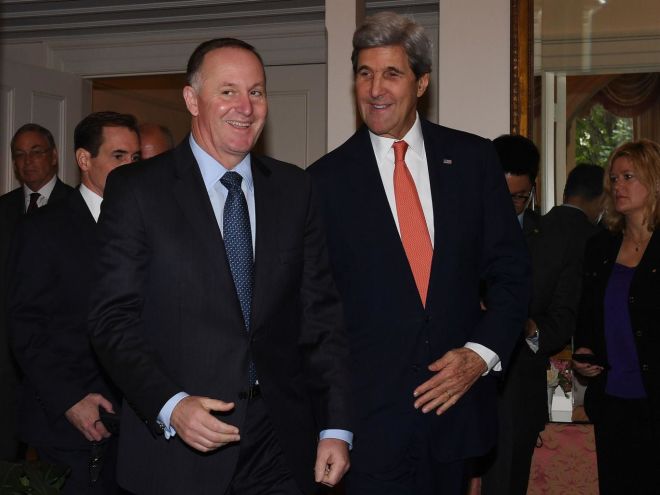 According to the New Zealand Herald, the Prime Minister cancelled some interviews on Monday morning and then appeared visibly emotional at his weekly conference in the afternoon.

Declaring his intention to stand down, Mr Key said: "This is the hardest decision I’ve ever made and I don’t know what I’ll do next."

During the announcement, which was streamed on Facebook Live, the Prime Minister suggested he was resigning in order to spend more time with his family.

The Herald quoted sources as saying it was Mr Key's wife who asked him to quit.

"For our family, 10 years at the top is a long time. I owe it to the family to come home a little bit," he said.

Mr Key said he was proud to have led the country through the recession of the late 2000s and the devastating 2011 Christchurch earthquake.

The National party will now meet on 12 December to discuss Mr Key's replacement. The Prime Minister endorsed his deputy, Bill English, to take over from him, though he denied any deal had been struck to that effect.