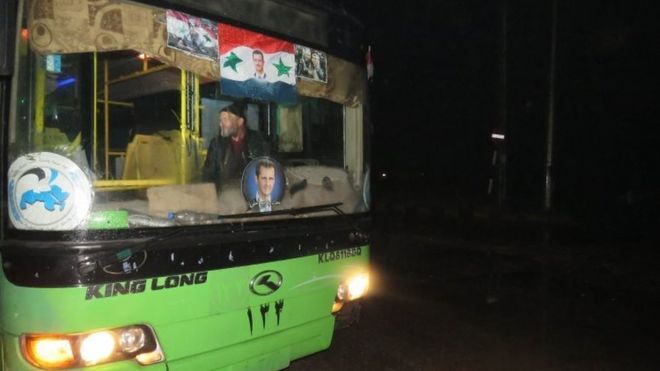 The planned evacuation of rebel fighters and civilians from devastated eastern Aleppo has been delayed.

Government buses have been brought in but none have left yet, reports say.

The Syrian government is said to be demanding the simultaneous evacuation of its own injured fighters and civilians from nearby towns that are encircled by opposition forces.

A ceasefire between government troops and the rebels was declared in Aleppo on Tuesday.

The rebels had been squeezed into ever smaller areas of the city in recent months by a major government offensive, backed by Russian air power.

Under the evacuation deal, brokered by Turkey and Russia, civilians and rebels from eastern Aleppo are to be evacuated to rebel-held areas in northern Syria.