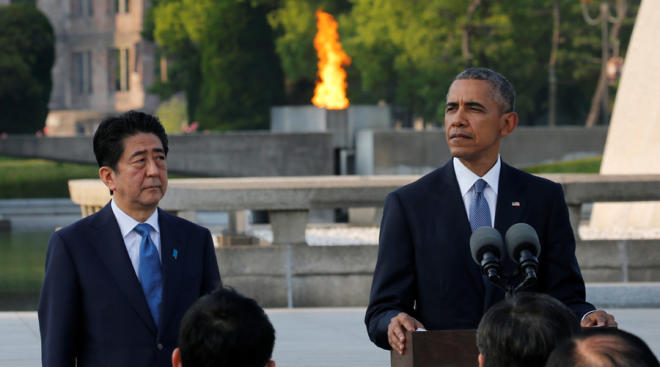 It is doubtful the Japanese government will apologize to the US for Pearl Harbor, particularly after Obama offered no apology for Hiroshima and Nagasaki, says Richard Becker, anti-war activist from the ANSWER Coalition.

Axar.az reports that, Japan's Prime Minister Shinzo Abe is scheduled to arrive in Hawaii this week for a two-day visit to commemorate the victims of Pearl Harbor and promote peace.

He will become the first Japanese leader to visit Pearl Harbor and attend the memorial there. But Abe won't be apologizing for the attack on the US naval base on December 7, 1941, an act that pulled the United States into World War II.

Abe's visit will come just a few months after Barack Obama became the first sitting US president to officially visit a Hiroshima memorial in Japan.

While visiting Hiroshima, Obama paid respects to the victims who perished after the US dropped an atomic bomb on the industrial city on August 6, 1945 (followed three days later with another bombing of Nagasaki), but did not apologize for the attack.