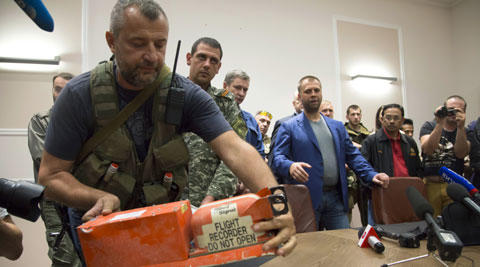 The main flight recorder from the Russian jet that crashed into the Black Sea on Sunday has revealed that faulty flaps were to blame, Russian media say.

Axar.az reports that, the flaps, panels on the wings that help lift an aircraft, were not moving together, a source close to the probe told the private Interfax news agency. The pro-Kremlin Life news website says this led the pilots to lose control as the plane was at a "critical angle".

It also quoted the crew's last words, including: "The flaps, hell... !"

The ageing Tu-154 airliner came down off the Russian coast with the loss of all 92 passengers and crew.

On board were 64 members of the famed Alexandrov military music ensemble, as well as one of Russia's best-known humanitarian figures, Yelizaveta Glinka.

Alarm sounds about dangerous proximity to the ground