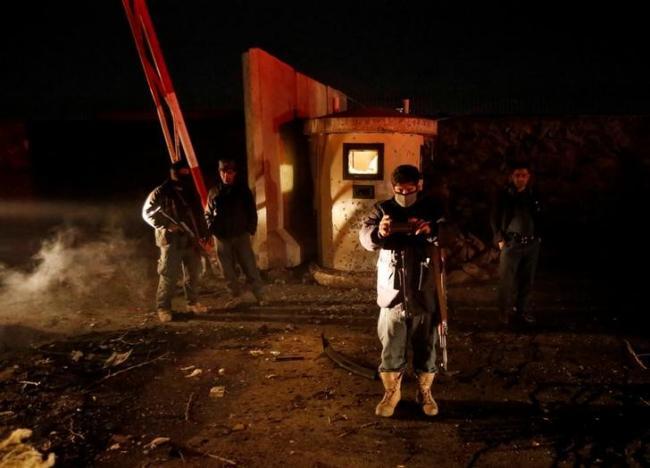 Afghan security officials began investigating Tuesday's attacks in the capital Kabul and the southern city of Kandahar as the death toll climbed to at least 50.

The violence highlights the precarious security situation in Afghanistan, which has seen a steady increase in attacks since international troops ended combat operations in 2014, with record numbers of civilian casualties.

Many of the Kabul victims were workers in parliamentary offices who were returning home in the afternoon rush hour or first responders hit when they were attending victims of an initial blast.

The Taliban, seeking to reimpose Islamic law after their 2001 ouster, claimed responsibility for the attack, which they said targeted a minibus carrying personnel from the National Directorate for Security, Afghanistan's main intelligence agency.

But they denied responsibility for the attack in Kandahar which killed mainly government officials or diplomats from the United Arab Emirates who were visiting the city to open an orphanage.

President Ashraf Ghani's National security adviser, Hanif Atmar, travelled to Kandahar on Wednesday to launch an investigation. Five Emirati officials as well as the deputy governor of Kandahar, Abdul Shamsi, and a number of other senior officials were among the dead.

No claim of responsibility has been made for the attack, set off by a bomb hidden under sofas in the residence of the provincial governor.

However Kandahar police chief Abdul Razeq, a feared commander who was in the compound when the explosion occurred but who escaped injury, accused Pakistan's intelligence services and the Haqqani network, a militant group linked to the Taliban.

He said workers may have smuggled in the explosives used in the attack during construction work and said a number of people had been held for questioning.

The United Nations condemned the "unprincipled, unlawful and deplorable attacks" which it said would make peace more difficult to achieve.

"Those responsible for these attacks must be held accountable," said Pernille Kardel, the U.N. Secretary-General's Deputy Special Representative for Afghanistan.

On the same day as the two attacks, seven people were killed in a Taliban attack on a security unit in the southern province of Helmand.