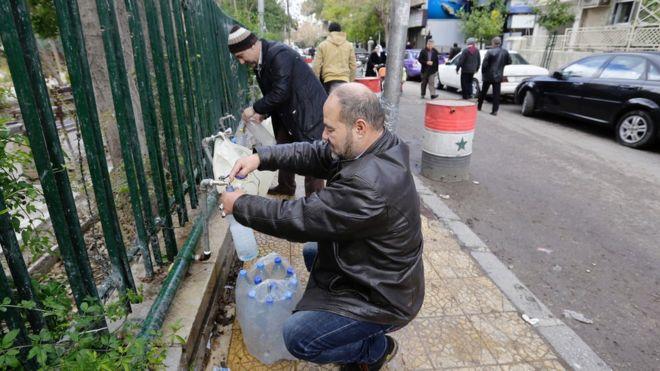 The Syrian military says it has regained Damascus's main water source from rebels.

Axar.az reports that, water shortages have affected more than five million residents in the Damascus area since late December.
State television said the national flag was now flying over the pumping facility in the Wadi Barada region.

Activists monitoring the conflict say the army entered the area as part of a deal under which the rebels will either lay down their weapons or be evacuated.
The water supply was cut on 23 December by the state-run Damascus Water Authority, which blamed the rebels saying they had contaminated the flow with diesel.

Rebels denied the accusation and said regime bombardment had destroyed the infrastructure.

The Ain al-Fijeh water source lies in the valley of Wadi Barada, 18km (11 miles) north-west of the capital, where rebels have held various bases since 2012.

The area is currently one of the fiercest battlefronts in Syria's civil war.
The Syrian Observatory for Human Rights, a UK-based war monitoring group, said government forces had begun moving into the area as rebel fighters withdrew.
It said fighters still remain in the wider area.