18 IS terrorists 'neutralized' in north Syria 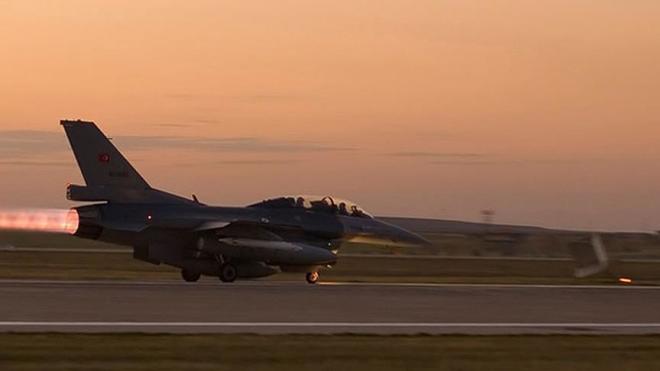 A total of 18 IS terrorists were "neutralized" in northern Syria over the last 24 hours as part of Turkish-backed Operation Euphrates Shield, the Turkish military said Sunday.

Axar.az reports that, Turkish authorities use the word "neutralized" in their statements to imply the terrorists in question were killed, captured, or surrounded.

The Turkish Armed Forces also hit 18 IS targets in northern Syria, said a Turkish General Staff statement on the 159th day of the operation.

Since the beginning of the operation 3,431 handmade explosives and 55 mines were neutralized under controlled conditions.

Operation Euphrates Shield began in late August to tighten border security, eliminate the terror threat along Turkish borders, and support opposition forces in Syria. The Free Syrian Army is backed by Turkish artillery and jets as a part of the operation.