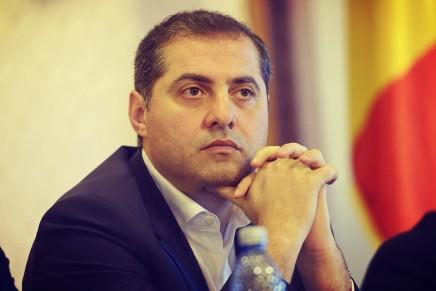 Romania’s political crisis deepened Thursday as a minister pledged to resign amid the largest protests since the collapse of communism following sudden changes to criminal law that undermine a four-year anti-corruption clampdown.

Business Environment Minister Florin Jianu said he couldn’t support the government’s stance after at least 300,000 people took to the streets of cities across the country. About 150,000 gathered in freezing temperatures outside the government building in Bucharest on Wednesday evening, the Digi24 TV station and News.ro estimated.

“I don’t want to have to tell my child I was a coward and I agreed to something I don’t believe in,” Jianu said, according to a post on his Facebook page.

Romania’s ruling Social Democrats, in power for only a month, face the largest backlash since the 1989 uprising that ousted dictator Nicolae Ceausescu. The third government in the past two years incurred the wrath of the public and President Klaus Iohannis by unexpectedly easing punishments for officials who abuse their positions and seeking to free others from prison. The protesters in the European Union and NATO member back the anti-graft drive that’s ensnared top officials, including an ex-Social Democrat premier.