Chemical weapons could be used against India in war 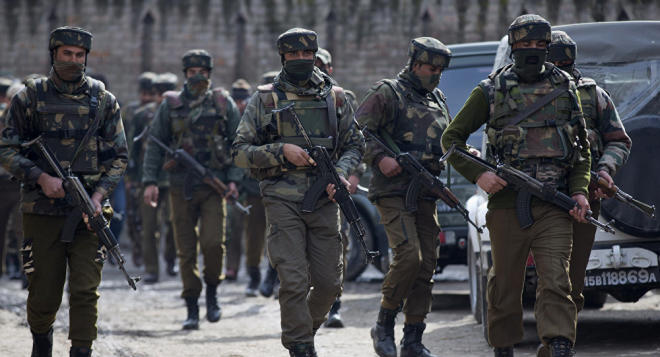 Axar.az reporst that, the Indian Army chief has asked Indians to be prepared for chemical and biological weapons in the event of aggression by either Pakistan or China. This is the second time that such a senior person in the military establishment has warned of biological and chemical weapons.
"Although chemical weapons have been banned by the United Nations, it could be used by an adversary," Indian Army chief General Bipin Rawat said at an event where the Defense Research and Development Organization (DRDO) handed over the Nuclear, Biological, Chemical Reconnaissance Vehicle (NBCRV) and medicines to the Indian Army.

Earlier, India's Defense Minister Manohar Parrikar had also expressed concern over possible use of these weapons in a limited war. "In southern and northern parts of Afghanistan, I have seen photographs of local population suffering from blisters. At this moment, I don't have confirmation on this, but the photos were quite disturbing," Parrikar had said.