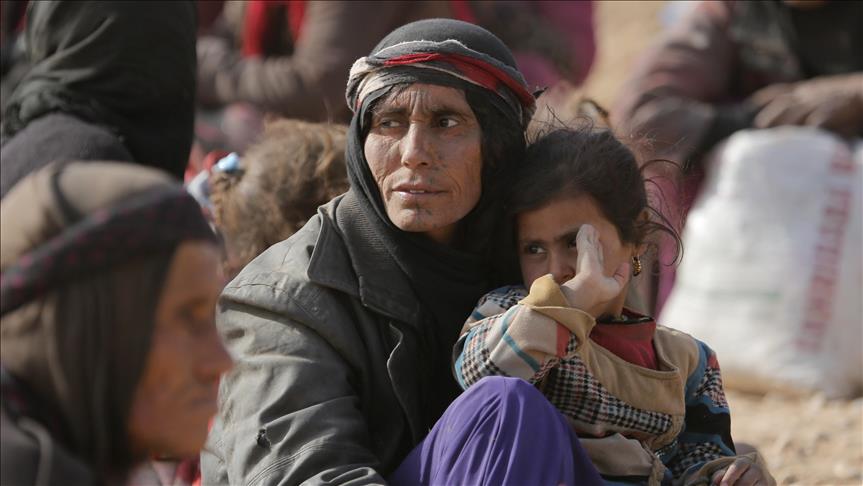 Thousands of Iraqi civilians have fled western Mosul over the past 24 hours amid an ongoing army offensive aimed at driving Daesh militants from the city, according to an Iraqi humanitarian aid official.

“More than 6,000 civilians have been displaced from their homes in western Mosul within the past 24 hours,” Iyad Rafed of the Iraqi Red Crescent Society told.

He said the civilian exodus remained ongoing amid a fresh push by Iraqi forces to penetrate Mosul’s western districts.

“We are facing difficulties in providing relief to displaced persons until they are transferred to nearby refugee camps,” Rafed said.

The offensive comes as part of a wider campaign launched last October to retake the entire city, which Daesh overran -- along with much of northern and western Iraq -- in mid-2014.

Last week, the Iraqi authorities opened the Hammam al-Alil displacement camp -- able to accommodate up to 4,000 families -- in southeastern Mosul.

“But the camp’s services are very poor,” Jawad al-Shammari, a spokesman for Iraq’s Human Rights Commission, said in a statement, citing a scarcity of food and potable water in particular.

“Health services at the camp are unable to cope with the mounting number of refugees,” he lamented.

On Sunday, Iraqi authorities said preparations had been completed to accommodate the roughly 100,000 civilians expected to flee western Mosul in coming days.