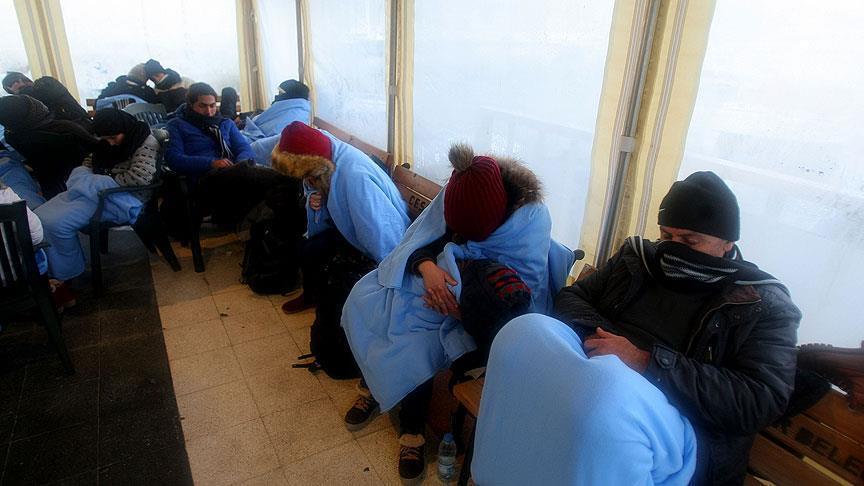 At least 145 illegal migrants were apprehended off Cesme in the Aegean province of Izmir while trying to reach Greece, Turkish officials said Tuesday.

In an operation against illegal migrants by provincial gendarme teams, seven suspected human smugglers were arrested, and one sailing vessel, two inflatable boats, one boat engine, and 25 life jackets were seized.

A total of 145 illegal migrants were later taken to the Izmir Immigration Directorate -- including 133 Syrians, three Eritreans, two Rwandans, one Cameroonian, and six Iraqis -- from where they are expected to be deported.

Turkey’s five Aegean provinces -- Canakkale, Balikesir, Izmir, Mugla, and Aydin -- are prime spots for refugees leaving Turkey for the EU, with Greek islands lying within sight of the Turkish coast.

In recent years, hundreds of thousands have made short but perilous journeys across the Aegean in a bid to reach northern and western Europe in search for a better life.

Hundreds of people have died at sea as a number of boats carrying refugees sank or capsized. The Turkish Coast Guard has rescued thousands of others.

But under a deal reached last March between Turkey and the EU to cut illegal migration and clamp down on human trafficking, the number of sea migrants has fallen dramatically. The number of refugees caught crossing the Aegean Sea between Turkey and Greece fell by 86 percent year-on-year this January, according to the Turkish Coast Guard.