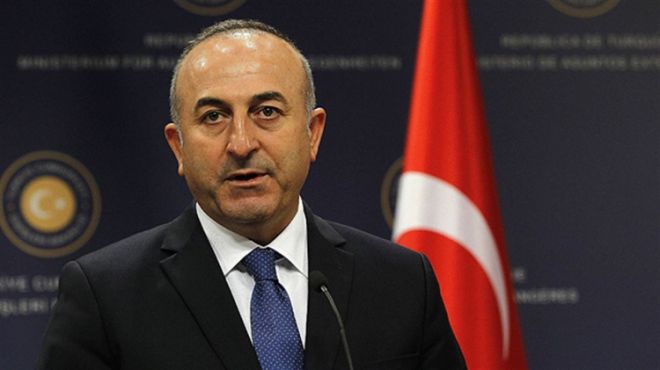 Foreign Minister Mevlut Chavushoglu said in a televised interview late Wednesday that the Turkish government may cancel the refugee deal with the European Union.

Chavushoglu 's remarks came at a time when Turkey-EU relations are at stake, especially this week's detention of Turkish officials by the Netherlands. The northern European country detained the Turkish chargé d'affaires in The Hague, Alper Yuksel and Rotterdam consul general Sadin Ayyıldız. The Dutch premier Mark Rutte apologized to his Turkish counterpart Binali Yıldırım for the detentions.

Following last week's bans in Germany preventing Turkish ministers from meeting Turks in living the country, the Netherlands prevented Turkish Foreign Minister Chavushoglu's plane from landing in the country on Saturday. Family and Social Affairs Minister Fatma Betül Sayan Kaya was prevented from entering into the Turkish consulate general in Rotterdam and deported from the Netherlands later in the day, while the police forcefully dispersing Turkish protesters.

"Turkey has no obligation at this stage to continue the agreement since the EU has failed to comply with it," Chelik told a news conference in capital Ankara.

"Nonetheless, we have acted [all this time] out of humane responsibility," he said, adding Turkey had prevented a lot of deaths in the Aegean Sea after the deal.

"But Turkey should reconsider this issue [the refugee deal] especially in terms of land crossings," Chelik said.