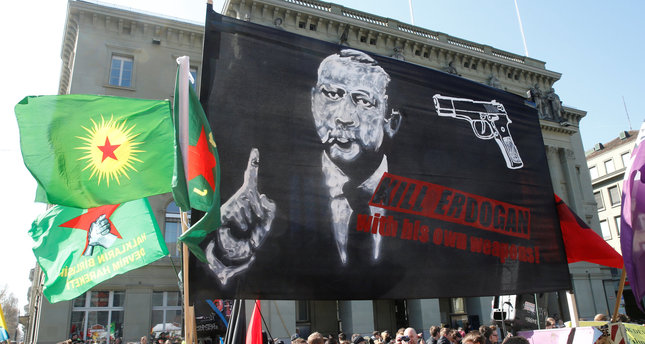 As a wave of anti-Turkey sentiment becomes a familiar theme in the EU amid rising populism, another anti-Erdogan protest clearly advocating violence took place right in the heart of Switzerland.

Around 250 PKK followers and some socialist parties gathered in front of the Parliament building in Swiss capital Bern on Saturday to stage a rally against Turkish President Recep Tayyip Erdogan and to promote a "No" vote in an April referendum on constitutional amendments that will introduce a switch to a presidential system. The Swiss Green Party also supported the rally.

The protesters were seen holding placards saying "Kill Erdoğan", and demonstrating against the "Yes" side of the referendum.

Feleknas Uca, a member of the pro-PKK Peoples' Democratic Party (HDP) also made a speech at the protest, urging Turks to vote 'No' in the referendum.