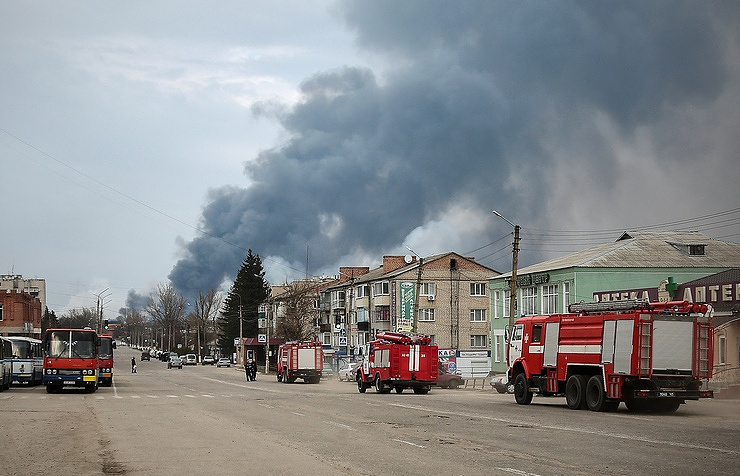 Fires at a military depot in northeastern Ukraine’s Kharkov region have been extinguished now and the evacuated citizens have returned home, the State Emergency Service of Ukraine said on Tuesday.

"As of 7 a.m. on March 28, no fires caused by munitions explosions are registered in Balakleya and the nearby settlements. The territory of Balakleya and the neighboring villages in the emergency zone has been cleared of explosives," the service said in a statement.

Nearly 1,500 explosive objects have been seized since the effort began. Pyrotechnic specialists are now examining the area and clearing of explosives the territory close to the depot.

The now-infamous fire broke out at the military depot in near Balakleya early on March 23. The fire and a series of blasts were recorded in several storage facilities for artillery shells and missiles. Some 20,000 citizens were evacuated from the area and nearly 250 buildings were damaged. Explosions continued going off on Monday.

Until recently, the ammo depot in Balakleya, encompassing an area of 368 hectares, was considered to be Europe’s largest facility for storing weapons. The depot may house up to 150,000 tonnes of armaments. Media reports say some 125,000 tonnes of munitions had been there before the incident.