Vucic wins election with 59% of votes 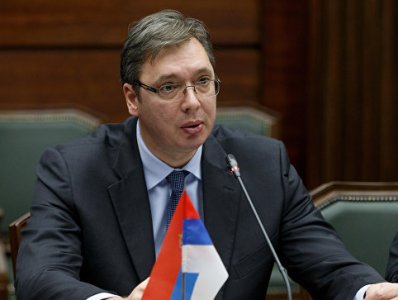 Serbian Prime Minister Aleksandar Vucic is winning the presidential election with 59,79 percent of votes after processing of more than 10 percent of the ballots, the Central Election Commission said Sunday.

Axarşaz reports that Vucic is the ruling coalition's candidate and the main favorite of the election. Other notable candidates are independent candidates Sasa Jankovic, Vuk Jeremic, and Luka Maksimovic (also known as Ljubisa Beli Preletacevic), as well as Serbian Radical Party’s head Vojislav Seselj.
So far, Jankovic is getting 13.18 percent of votes, Maksimovic is gaining 8.35 percent.

According to Ipsos Strategic poll, Vucic is set to receive 56.5 percent of votes.

The second round of election is scheduled for April 16, provided that none of the hopefuls gets 50 percent of votes.