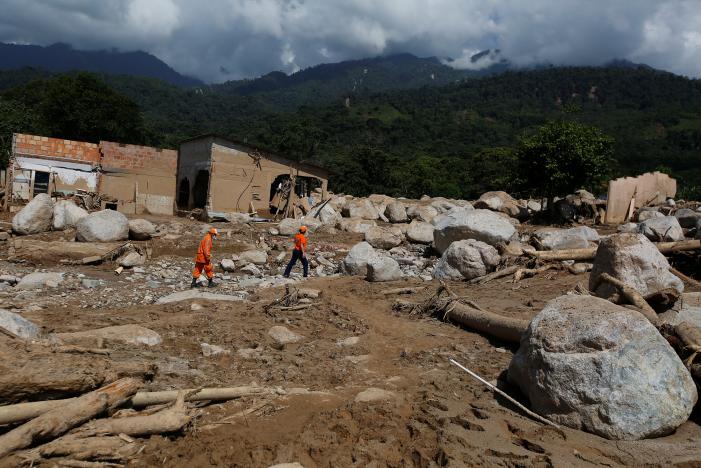 Scores of decomposing cadavers were being released for burial on Monday as rescuers continued to search for victims of weekend flooding and landslides that devastated a city in southern Colombia, killing at least 273 people.

Axar.az reports that desperate families queued for blocks in the heat to search a morgue for loved ones who died when several rivers burst their banks in the early hours of Saturday, sending water, mud and debris crashing down streets and into houses as people slept.

Bodies wrapped in white sheets lay on the concrete floor of the morgue as officials sought to bury them as soon as possible to avoid the spread of disease. The government has begun vaccination against infection.

"Please speed up delivery of the bodies because they are decomposing," said Yadira Andrea Munoz, a 45-year-old housewife who expected to receive the remains of two relatives who died in the tragedy.

But officials asked for families to be patient.