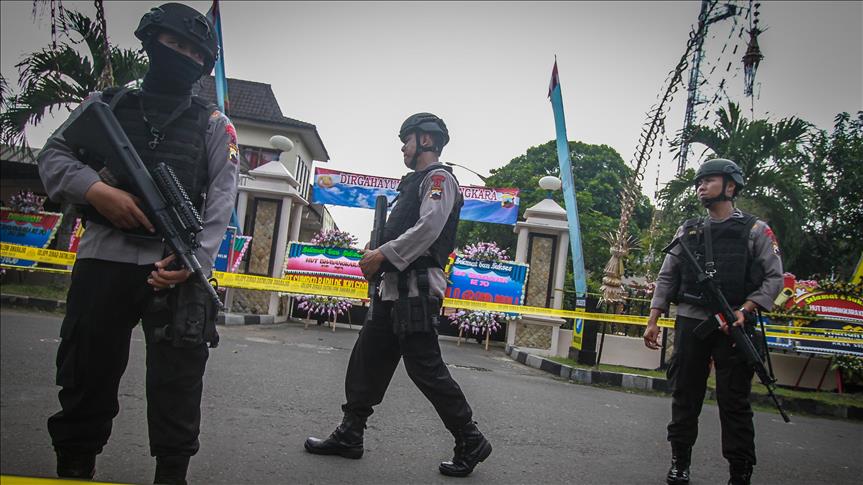 Three policemen were killed Wednesday and 10 other people were injured when two suspected suicide bombers blew themselves up near a bus terminal in the capital city of Jakarta, authorities said.

"Five civilian and five policemen were also wounded in the attack," Wasisto said, as quoted by a local online news site.

Authorities have not yet confirmed the identity of the attackers but Wasisto said “two bodies in scattered pieces are the two male attackers".

"We suspect this action was planned to attack the police," Sitompul said, adding approximately 60 officers were on duty at the scene.

"It is alleged that the perpetrators are the ISIS group," he said.

The government condemned the bombing and urged the country to fight terrorism.

Indonesia is on high alert because of attacks by extremist groups and citizens returning from fighting in Syria.

Eight people were killed, including four attackers, in a terror attack in Jakarta in January 2016.